Fandom Studios Announces Brooke Richey has been cast for the role of Asta in the film: “VELVET: Blue Assassin” 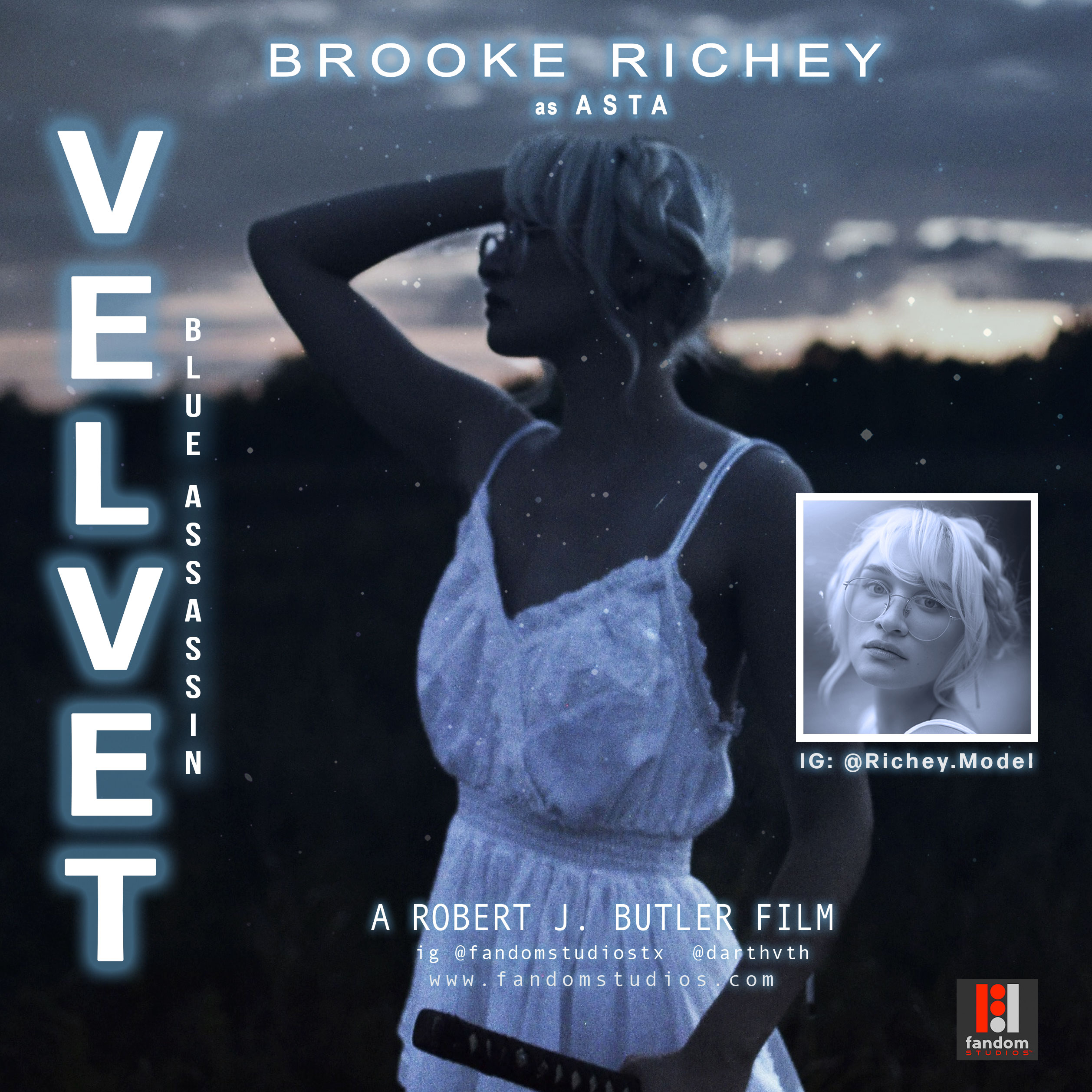 About Brooke Richey
Brooke is a photographer with a love for animals, art and cosplaying. She spends her free days at home playing video games or watching anime, when she gets motivated she loves to draw or paint. Brooke is nervous but excited and ready to be a part of Roberts “Velvet: Blue Assassin” playing the role of Asta. Brooke stated “After talking with Robert I felt I was manifested for this role! Robert told me I had the exact image he was looking for to play Asta. Although I’ve never acted before I’m very excited to be a part of this creation“.

About Robert J. Butler
Robert J. Butler is a filmmaker based in Celina TX. Born and raised on the East Coast Robert moved to TX in 2000 to follow a technical career after graduating from Drexel University with a Mechanical Engineering degree. Over the past several years, Robert has focused on creating original stories and developing short, TV shows and feature films. IMDb: https://www.imdb.me/robertjbutler

Please visit https://fandomstudios.com/fandom-studios-news-and-alerts/ to sign up for our newsletter and to receive information about our upcoming Kickstarter Campaign and personal appearances.